What is Jugend Magazine?

German Art Nouveau is commonly known by its German name, Jugendstil, or Youth Style. The name is taken from the Munich artistic journal, Die Jugend, or Youth. The magazine was founded in 1896 by Georg Hirth (below), who remained editor until his death in 1916: the magazine survived until 1940.

Jugend lent its name to an entire artistic and literary movement, the Jugendstil, and was one of the most important German sources for art and literature at the turn of the century and into the 1930s. Along with modern illustrations and ornaments, a major role was played by satirical and critical texts. The Jugend was published weekly and, unlike other journals of the time, did not have a narrow subject range. Over 250 artists participated in the first seven volumes. All of them were at the time largely unknown and many of them had some connection to Munich. For many, Jugend was one of the first opportunities to present their work. After the First World War the journal was not able to connect with new artistic movements, even though it had in some respects developed to meet the demands of the time. This did not change until 1927, when under the direction of Franz Schoenberner the journal once more opened itself up to a younger generation and published texts from Kurt Tucholsky and Erich Kästner and drawings from George Grosz. Munich was the main centre of Jugendstil until the turn of the century, with Obrist, Eckmann, August Endell (1871-1925), Richard Riemerschmid (1868-1957), Bernhard Pankok (1872-1943) and Bruno Paul (1874-1968) all based there. Like other modern art movements in Germany at the time, it coincided with a growing interest in industrial design and applied arts, as well as a desire to improve German products in order to compete in the international market. Jugendstil in Berlin, Weimar and Darmstadt

Around the turn of the century the Munich group dispersed, heading for Berlin, Weimar, and Darmstadt.

Many of the leading Jugendstil practitioners came together again in 1907 as members of the Deutscher Werkbund, continuing the debate about how to reconcile art with industry, ornamentation with functionalism. The most important legacy of the Jugendstil in Germany was the atmosphere of experimentation it fostered and the desire for a synthesis of fine and applied arts. The end for Jugend came shortly after aligning itself with the artistic policies of the National Socialists. Jugend became increasingly influenced by Nazi propaganda between 1933 and 1940, its final year. But prior to its decline and fall, Jugend showcased the most avant-garde artists of the era, and was one of the most intellectual magazines of its kind, anywhere in the world. 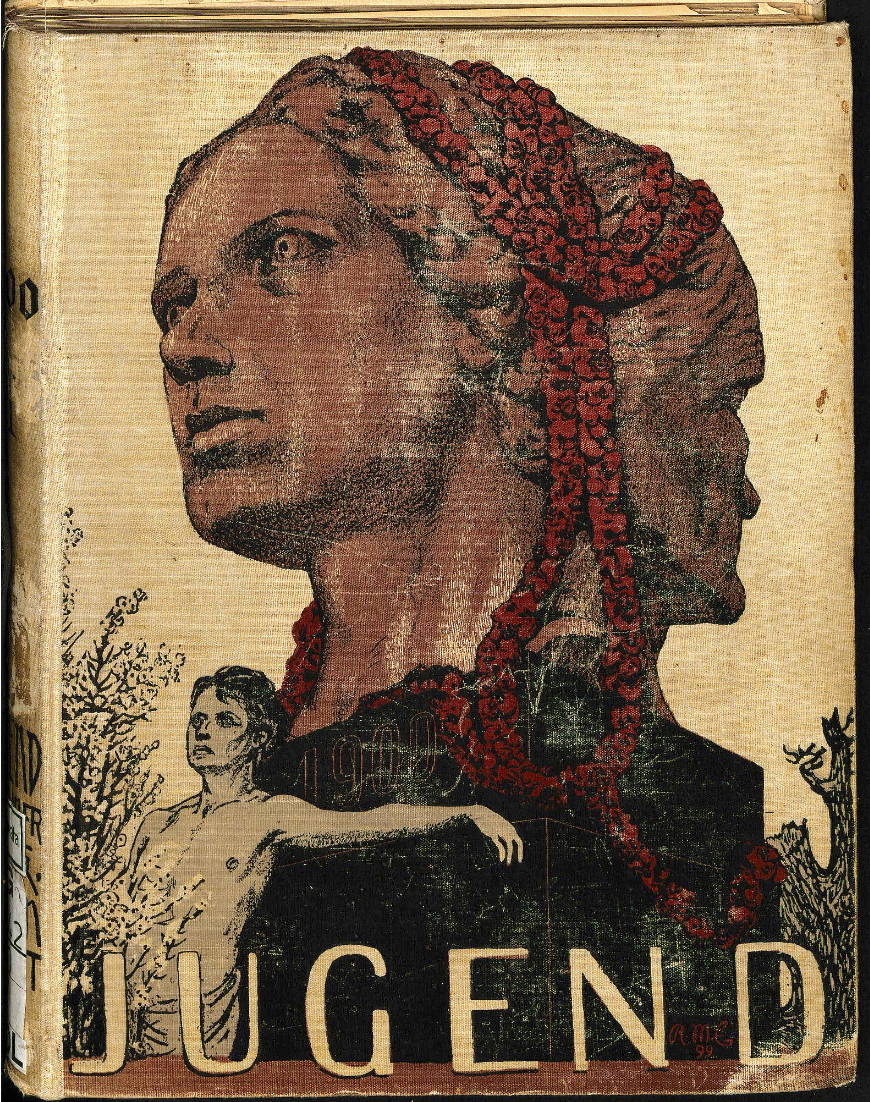