Henri Charles Guérard was born on April 26, 1846 in Paris and died there on March 25, 1897. He was a renowned French painter, engraver, lithographer, and printer.

He was best known for his etchings and his work as a lithographer. A friend of the famous painter, Édouard Manet, he frequented Nina de Villard's famous artists salon. Guérard posed for Manet in an 1878 canvas entitled Au Café, alongside actress Ellen Andrée. Guérard was a collector of everything from old shoes to lanterns. Manet spoke highly of his engraving skills and considered him to be one of the best etching engravers of the day. Guérard was married in 1879 to Eva Gonzalès , painter, student, model, and friend of Manet (*see her bio below). She died at the age of 36 of an embolism after childbirth, and he later married her sister, Jeanne, who helped raise the son delivered by Eva. He died in Paris at age 50. 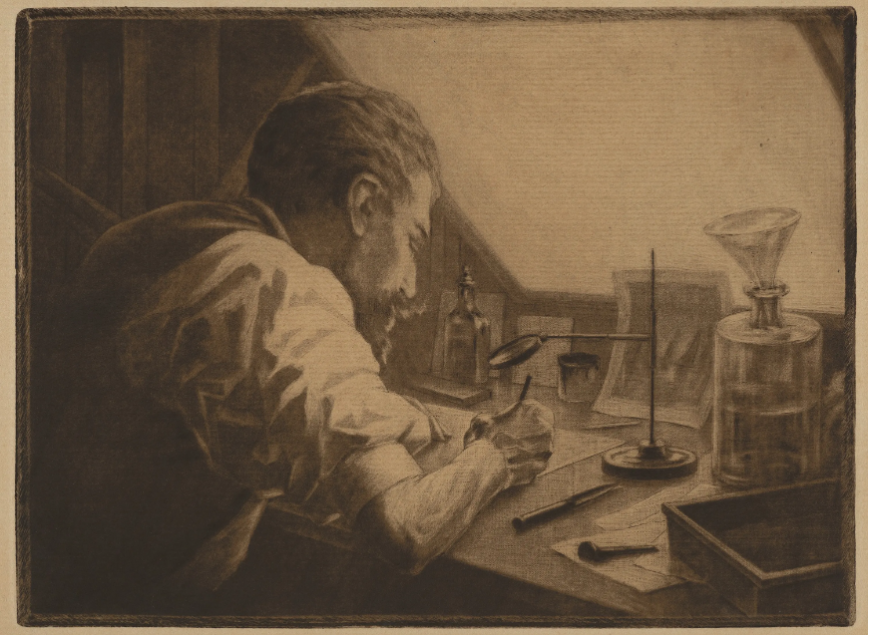 "...The late nineteenth-century art critic Roger Marx (1859-1913) called Guérard 'the engraver of curiosity par excellence of the nineteenth-century.' According to Marx, it was Guérard’s love of bibelots – the French term for knick-knacks, from the old French beubelet meaning a trinket or jewel — and his habits as a collector which gave rise to his talents as “the engraver of curiosity.” Guérard was in love with all manner of objets and trifling tchotchkes. Not only did he collect fine prints, but also works of little to no value, including tattered books that were falling apart and that the artist claimed were as good to read as they were to look at." His chief passion, though, was vintage lanterns! 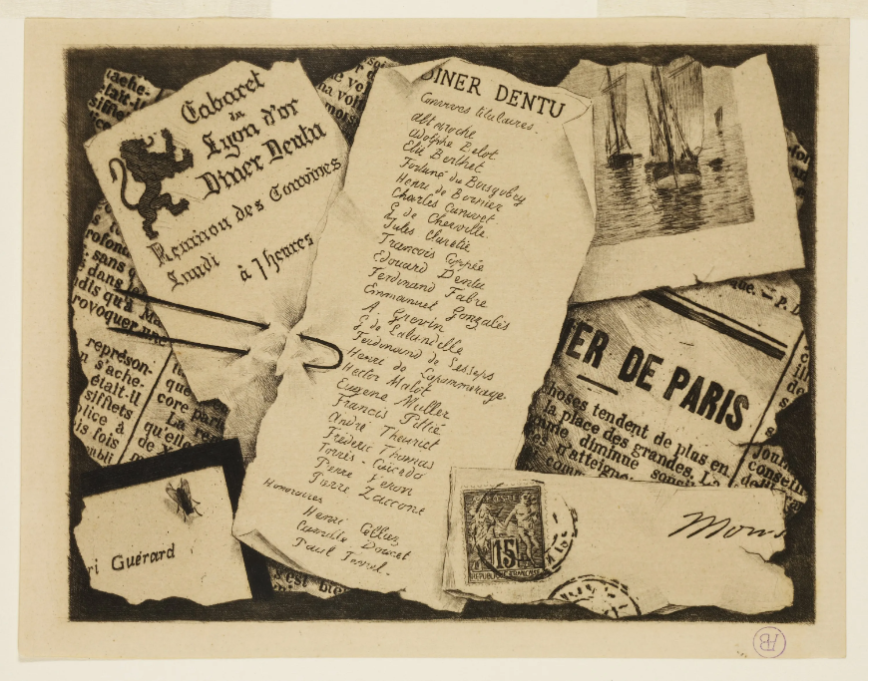 A Piece of Newspaper, an Envelope, and a Fly, 19th century, Henri-Charles Guerard 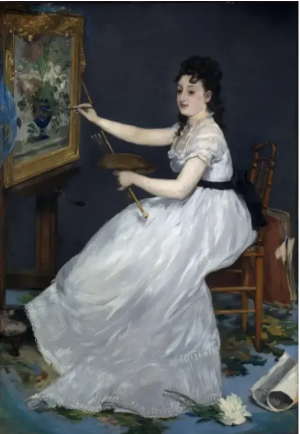 Who was Eva Gonzalès?

Gonzalès was born in Paris and became introduced to sophisticated literary and art circles at an early age by her father, writer Emmanuel Gonzalès. She is best known for becoming a pupil of the artist Édouard Manet in February 1869. Manet is said to have begun a portrait of her at once, which was completed in March 1870 and exhibited as Mlle E.G. at the Paris Salon in that year.

In 1879, after a three-year engagement, she married Henri Guérard, a graphic artist and Manet's engraver. During the Franco-Prussian War they sought refuge in Dieppe. In 1883, Gonzalès died in childbirth at the age of thirty-four, five days after the death of her teacher, Edouard Manet, which left her son to be raised by his father and her sister, Jeanne, who later became Guérard's second wife.

After her death, exhibitions of Gonzalès' works were held at the Salons de La Vie Moderne (1885), the Salon d'Automne (1907), at several galleries in Paris. Her work has also been exhibited in 1952 at the Musée National des Beaux-Arts in Monte Carlo.